Developing a well-functioning user interface (UI) is not an easy task. It has to be visually appealing and user-friendly at the same time. During the creation process, it is not uncommon to run into different types of issues. Here are the largest UI failures that graduates of Codecool’s Front End Development course will easily avoid. 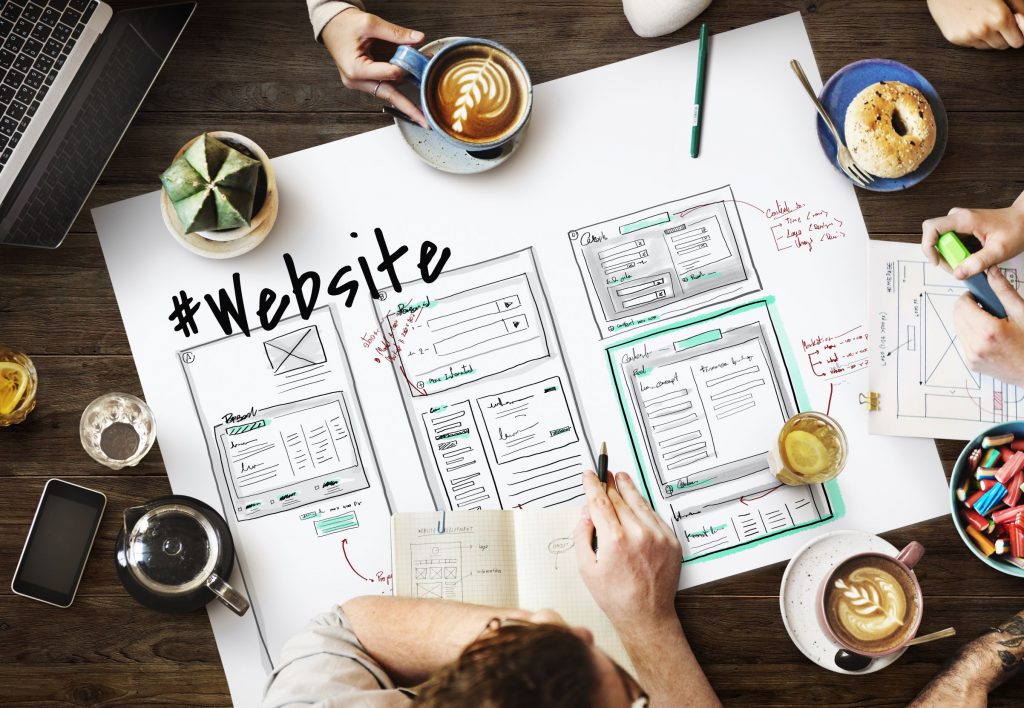 Tablet, laptop, cell phone, smartwatch. Just some of the devices that we use to engage in millions and millions of online transactions daily. From online shopping through reading an ebook to video game battles, most of our routines and activities occur via graphic interfaces with which we, the user, are able to interact. This connecting tissue is called a user interface that is normally invisible to us.

However, should a problem arise, such as a non-functioning button on a website, an unreadable font or a chaotic background, rest assured the user will pick up the problem in no time. Below we collected the five biggest UI mistakes designers can make.

It would be naive to assume that a laptop’s user interface is identical to the one of a mobile phone. Our gadgets operate with different resolutions, therefore, it should be a no-brainer why some extra effort is needed when designing UI. Browsing on our phones has become so common, and improperly loading websites on the smaller screen is extremely annoying, that it is imperative we use responsive design.

Besides scaling and resolution, you might want to think about the different needs iPhone and Android users have. Building a responsive website will pay off not to mention that Google’s search engine also favors these solutions over non-responsive ones.

Designing UI is highly creative work that requires the designer to immerse herself into the process. But don’t let yourself dive too deep and lose focus! A lot of designers make the mistake of creating something that fits their needs and not the needs of the users.

It is an issue because we all think differently, have different tastes and needs, therefore, what might seem functional, logical and visually pleasing to the designer might be just the opposite for the user. The only way to avoid this problem is by testing, testing and some more testing. We must place the user and her needs in the centre from the start and build solutions around that. Then we need to test our design in multiple phases so that smaller details can also be worked out on time.

So many impulses are thrown at us – both in the online and offline world – that the last thing we need is cluttered websites. Who has the time and energy to try to piece out a single piece of information hidden somewhere behind the hundredth picture and the thirtieth ad? To some extent, it’s understandable why creators would want to stuff in more and more information – they simply want to communicate to you as many things as possible. Should you do it though? No. The simpler the interface, the better.

A clean interface suggests elegance, confidence, and quality – traits every brand aspires to. Try to define your most important design elements and use them wisely. Some testing won’t hurt either.

If you need to zoom in and adjust your brightness significantly to be able to read a site, you can easily conclude the designer did something wrong. Unfortunately, colour, background and font often don’t get the attention they deserve. But these communication elements speak way more about our brand or service than we would think! Yellow letters on an orange background will probably blend in holding the information written there back from the user.

When companies have a so-called ‘brand guideline’ with fixed fonts and a few colours, then making this type of mistake is less common. But if we don’t have such a thing, it is crucial we think about what goes with what, which font best represents what I’m trying to communicate and whether or not it is easily readable.

Remember the last time you filled out a registration form online and were unable to proceed due to an alleged mistake? Though you did nothing wrong? Well, it happened probably because the UI designer forgot to account for users like you whose phone number or zip code is a digit shorter or longer. Besides unfitting text, unsatisfying dropdowns are often the source of users’ headaches. Sometimes dropdown menus don’t offer an alternative that truly describes you; other times you feel like picking more than one option, but the system doesn’t let you.

When a plethora of answers can be expected for a question that is not easily separable (unlike country of origin), then we must ask ourselves: do I really need this dropdown? An empty cell might serve you better where everyone can type in their answer.

Creating a good UI design is a difficult task. Users expect interfaces to be stylish, simple, and user-friendly at the same time.

Thus web designers need to place themselves into the shoes of the user, think systematically, and utilize their aesthetical skills all at once.

At Codecool’s Front-End Development course, these are exactly the skills students acquire so that they can easily avoid the mistakes above.

Codecool is where your tech career begins. Let our pro mentors guide you, grab our job guarantee, and pay only afterwards, in convenient, monthly instalments.

The Codecool Blog is a collection of the coolest insights and inspiring resources for career changers, techy minds and lifelong learners.